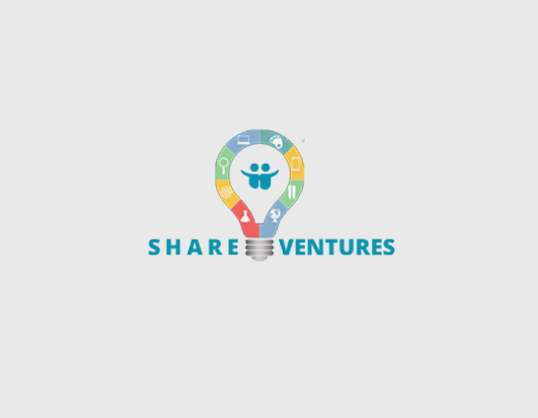 It’s a silicon Cape to Cairo as Egypt’s fast-growing number of startups and its ability to attract growth funds sees the north African state take its place in a north-south, east-west startup “axis”. Egypt’s arrival also brings new competition for the better-known startup ecosystems of Nigeria, South Africa and Kenya.

Seemingly from nowhere, Egypt is suddenly on the radar as a key African startup funding destination, highlighting the prospects for continental growth of the nascent sector.

Egyptian Startup Ecosystem Report 2021, prepared by Disrupt Africa, shows that over the last five years, Egypt has not only quickly grown the number of start-ups but is also attracting investments big enough to deliver unicorns.

“And with one ‘unicorn’ in the shape of Fawry, soon to be two once Swvl lists publicly, Egypt is building up an impressive track record in the tech startup space,” say the co-founders of Disrupt Africa in the report.

Since January 2015, more than $791m has been raised by some 318 tech startups across 447 individual rounds. Every year Egypt has been adding 114 tech startups to its ecosystem from a paltry ten in 2015. Consequently, annual funding secured by the companies has risen significantly from $8.6m to $156m in 2020.

While the ecosystem was hit hard by the pandemic last year, the authors are optimistic 2021 will shatter all records, with 82 startups having so far secured over $400m in investment funds. “Only Nigerian startups have secured more investment so far in this bumper year,” quips the report.

Digest Africa in its Q3 2021 Africa Funding Report: Record Funding Trend Explodes ranks Egypt (29), second after Nigeria (46) among top countries that benefitted from the ten biggest funding rounds of the year to September in which startups raised $1.2bn.

While fintech dominates in Nigeria, South Africa and Kenya, Egypt’s race to the continent’s ecosystem summit is largely driven by e-commerce and retail tech – accounting for 20.8% of 562 active startups in the market.

“In relegating fintech to a distant second in terms of startup activity, Egypt stands in contrast to its fellow continental startup leaders South Africa, Nigeria and Kenya, where fintech is the most popular sector for entrepreneurial activity,” the Digest Africa report added.

As Egypt takes on better-known African startup ecosystems, competing for more investment funds to target Africa’s growing economy and connected populace, the African Tech Ecosystems of the Future 2021/22 report shows that the competition has just started.

According to the report, Morocco, Senegal, Ghana, and Uganda have also started attracting more early-stage growth funding – as they jostle for strategic spots in the growing start-up market. With more and more funding flowing into African startups the game is well and truly on.

WhatsApp to introduce a new feature for audio messages

Meta-owned instant messaging platform WhatsApp introduced a feature for changing the playback speeds of voice messages in May and now reports claim that they’ve started beta-testing the same feature for audio messages.

Presently with a forwarded voice note, you aren’t allowed to change the playback speeds to 1x, 1.5x, or even 2x as opposed to received audio messages. But now, this is about to change and soon enough you’ll be able to record your audio messages at the same speed at which you prefer to hear them.

According to WABetaInfo, this feature is currently in development and will be available in a future update on WhatsApp beta for Android and iOS.

WhatsApp is also actively working on further enhancing the user experience by introducing other interesting features as well. Earlier in September, WaBetaInfo had reported that the app is planning to offer a voice message transcription feature for voice messages. But this feature will be paired with Apple’s Speech Recognition technology, making it accessible to iPhone users only.

For now, however, it is not certain when the feature will roll out for Android users but the voice message transcription will soon be available for iOS beta users.

China surpassed USA as the world’s richest country, with a net value of $514 trillion dollars

Economic might is achieved through the accumulation of wealth and exercising socio-economic influence over the world. China and the US have been in a tussle—sort of a tug of war—to determine who is more powerful. While the US has been exerting its influence and hegemony over the Western and Eastern hemispheres during most parts of the post-Second World War, China continued to rise as a worthy contender.

According to a recent report by McKinsey & Co, China has finally surpassed the United States as the world’s richest nation. Data, details, statistics, and facts were collected and examined to extract these numbers.

The national balance sheets of as many as ten countries were examined that represented over 60 percent of the global income. “We are now wealthier than we have ever been,” said Jan Mischke, a partner at the McKinsey Global Institute in Zurich.Gaddafi’s son excluded from Libya’s presidential race: Source

According to the report, global net worth rose to $514 trillion in 2020, from $156 trillion in 2000. China surfaced as the first country on this list. It accounts for almost one-third of the increase.

In two decades—from 2000 to 2020—China’s wealth augmented from $7 trillion to $120 trillion—an increase of $113 trillion. Interestingly, during the same period, the US had an increase of $90 trillion in its net worth. The US could not surpass China because of the muted rise in the prices of property.

The report also shared that real estate holds 68 percent of the global net worth. This includes infrastructure, equipment, and machinery. Patents and intellectual property—categories under intangible assets—also comprise this net worth.

China emerging in the lead will bring to the fore various diplomatic and perhaps stringent action plans from the US to counter Beijing’s rise to global dominance. The US, considering its competitive nature in geopolitical affairs and global economic domain, will try to return as the top country.

This may be a natural reaction, however, given China’s economic status, it will take time—or perhaps be a next-to-impossible task for the US to accomplish. According to Wind Information data, the US gross domestic product in 2020 contracted by 2.3 percent to $20.93 trillion.

During the same period, China’s GDP increased by 2.3 percent to 101.6 trillion yuan, which equals nearly $14.7 trillion. Analysts also blame the pandemic-led lockdown to have stalled the US economy. Where production was low, unemployment increased.

It was over 14 percent in April 2020 and remained above 10 percent until July 2020. According to a report by CNBC.com, economists argue that China’s recovery in 2020 was because of traditional industries such as manufacturing and not because of a rise in domestic consumption.

Production and exports rose in China for face masks and medical protective gear. This increased China’s exports by 3.6 percent (in US dollar-terms) in 2020.Rare white lion dies at Karachi Zoo

The writer is a Karachi-based author, columnist, and fiction writer. He tweets

Recently, representatives of a Pakistani company met with Russian officials to discuss custom-made weather satellites, which Pakistan would subsequently acquire if the discussions go as planned.

Harun Karchaev, Deputy Director-General of the Lavochkin Science and Production Association (LSPA), a subsidiary of Roscosmos, stated that he had previously had preliminary discussions about the project during the Dubai Airshow.

The prospects for collaboration in the provision of services for the launch of nano space and microcosmic spacecraft utilizing the Fregat upper stage, which also includes the Karat space-based platform, were discussed during the respective negotiations.

El Salvador plans to construct a “Bitcoin City” near a volcano that will be funded by the cryptocurrency, the country’s President Nayib Bukele announced Saturday.

The city will have residential and commercial areas, services, entertainment, restaurants and an airport and will be built near Conchagua volcano in south eastern El Salvador.

Construction will begin in 2022 and the city will have no taxes except from value added tax (VAT).

In June, El Salvador passed a law making it the first country in the world to accept bitcoin as legal tender. But not all of its population is on board with the move.

In September, thousands of people took the streets to protest against the law, fearing the introduction of the cryptocurrency could lead to instability in the central American nation.Click here to view interactive content

The country has also launched a bitcoin wallet to allow citizens to use the cryptocurrency.

Separately, El Salvador plans to raise about $1 billion via a “Bitcoin Bond” in partnership with Blockstream, a digital assets infrastructure company. Half of the funds will be used to buy bitcoin, while the other $500 million will go toward energy and bitcoin mining infrastructure, the government said.

Samson Mow, chief strategy officer at Blockstream, said that there is a five-year lock-up on the bond which is designed to take $500 million of bitcoin off the market for that period of time.

Investors in the bond will get an annual special dividend, Blockstream said.